Turn $2 into $200 with Draftkings Steps Tournaments 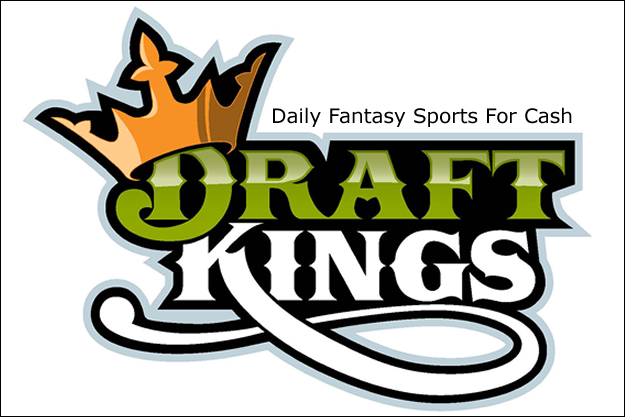 Draftkings offer an interesting four level series of steps tournaments, with the opportunity of turning $2 into $200. At each level there are qualification criteria for the next level, with players just missing out being given the chance to try again at the current. Step one starts with a buy-in of just $2, with the winner of step four either winning $200 or taking an entry into one of DraftKings major events. These events can be played at any sport, and if you were to win a step one event at, for example, baseball, you’ll be able to use your step two ticket at another sport.

Ten players line up in step one and the buy-in is $2. You qualify for step two by finishing in the first two. If you finish third or fourth you’ll receive another step one ticket.

Having qualified for step two, you’ll play in a tournament with just four other players. The winner from the five will progress to step three. The runner up will receive another chance at a step two event. You can buy-in directly to a step two event, the entry fee being $7.

This step once again features just five players, and you’re one step away from the final tournament. The winner from the five will progress to step four, with the runner up having another shot at step three. The direct buy-in for step three is $25.

This is the final leg of the series and the chances of making the money are great here. Just three players feature in the step four tournament, and only the third place finisher doesn’t receive a payout. The runner up will take home $40 and the step four winner will make a cool $200. You can buy-in directly to a step four event, and this will cost $88.

A top 40% finish will normally be achieved by having a solid line-up, even if this means paying a lot of money for the top performer. You want the best players, and picking a roster of solid performers will give you a good chance of hitting that top 40%.

A top 20% finish is a little tougher, and isn’t always going to be achieved by having that “solid” line up. You might have to think outside the box a little more here – you may have to take more chances with your line-up. Consider that most of the players might pick the obvious players for their roster, so picking another player might pay great dividends if the popular player has a bad day as most of your opponents will have a bad day too. This tactic is a gamble, and will give you more high finishes but you’ll also bomb on a regular basis.

So which tactic should you use? To win the series you are going to need to progress through the levels, and to do this you need that top 20% finish, so veering towards taking more of a gamble with your line up might be the best idea. Having reached step three, and being one step away from the lucrative step four, many players will go for the solid line up, as they really will not want to go out – so taking that gamble here is most definitely a good
tactic, despite the chance of an exit here. Consider this scenario – if you do take the gamble you might finish 1st or 5th, the solid pick player might finish 2nd or 3rd. Who is better off? You make step 4 when you finish 1st and go out when you finish 5 th. The solid pick player replays step 3 when he finishes 2nd and goes out anyway when he finishes 3rd.

The final step offers a different tactical challenge. Here there are just three players, with two making the money – however the first prize is $200, with just $40 for second. Here you should be going all out for the win, so taking another gamble with your line up might be the best idea – finishing second is OK, but the winning prize is five times the second prize. Consider if you do gamble somewhat, you are giving yourself more chance of both winning and finishing 3rd, which will give you either $200 or nothing. The solid pick player will finish second often so will take home the $40 on many occasions. If you finish first more than once in five times when gambling, you’re making more money than the solid player.

How To Play Daily Fantasy Football